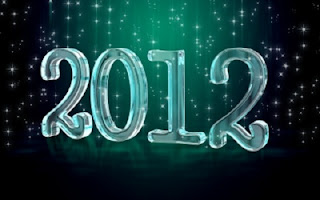 I was going to write a Crohn’s year in review but got a little side tracked with studying and work. So in less than a week I will have been on Humira for 7 months and still no pain (which even I am surprised about). No real side effects. The only thing I really had had was related to dental issues with plasma cell gingivitis. I plan to see my GI and show him the report the oral pathologist wrote. I downloaded my WellsApps report on December 31, 2012 (it was over 75 pages). I wish I could just plug it into Excel and do some analysis in there. The only other app I wish for is one that asks you your weight. I would think if you were having a flare up you would be losing weight pretty quickly and that might be an indication of something going wrong.

Right before Christmas I went to Dallas to visit an old roommate from college. I honestly never felt better in my entire life (even though it only took me 3 ½ hours to get from Houston to Dallas driving). I thought I was having a cough right before the trip (left on a Thursday came back on Sunday). My internist prescribed clarithromycin which seemed actually I think helped me even more! I did some research and this article seemed to show that it does help in the short run but not in the long run. During the trip I went to In-N-Out and ate a double double with fries. Burger tasted one step above heaven fries need work. Went to Braum’s and got a double brownie sundae. The last day I went to Krispy Kreme and got a dozen donuts for my family (plenty of Christmas donuts). I actually didn’t feel much pain the whole time. I was doing an experiment to see impact on food and it seems as if food didn’t win.

In terms of research 2012 was a great year. In December 2012 200 genes were found related to Crohn’s (currently more than any other condition). In November a woman claimed eating bark cured her Crohn’s.  This story I recently sawed happened in 2009 but the trend shows kids that from 1994-2005 there was a 33% increase in the children’s population. In October Michael Seres who suffers from Crohn’s received a bowel transplant. Also in October STELARA was shown to help patients with Crohn’s. In September Humira was approved for ulcerative colitis (I hope they are doing well!). This study in September showed that kids who take antibiotics are at an increased risk of getting Crohn’s. In April the MAP test was talked about as a new possible additional test for Crohn’s. In February vedolizumab was shown to be beneficial. In April I also posted this video of a patient who had improved on SSI treatment and was able to have a kid (remission rate was 75% which is quite high. I do look forward toward 2013 and what new research comes out or if any novel treatments show improvement for IBD.

So I started WellApps on March 8, 2012 and use to kept track of food however after I started Humira and felt no pain I thought why bother? It is pretty cool looking at what I use to eat. I can actually remember certain meals I had even though they were 10 months ago. Seems to be easier to remember when you write things down. So from March 8, 2012 until when I first started Humira on June 6, 2012 MyQOL was 9.5. I had about 1.6 bowel movements per day with a low 1.1 level for pain. However when I did a week before I started Humira MyQOL was 7.8 bowel movements was 1.6 (most were mixed and not solid and my pain was 1.7). I was also holding my head over the toilet at night vomiting during late May from what I remember.  For some reason I think I have a high threshold for pain since I didn’t even know I had to be hospitalized originally. These days MyQOL is a perfect 10 having .5 bowels movements per day (all solid) and 0 pain which is amazing.

My goal for 2013 is to remain in remission and avoid the hospital. I hope Humira continues to work its magic has it has been almost 7 months already. Hopefully we will continue to learn more with each passing day about this dreadful disease and find research that can be translated into something practical that can not only benefit lives but stop the pain.
Posted by Crohn's Zone at 10:57 PM