C.Difficle and Dificid To the Rescue (Humira Working 8 Months and Counting!) 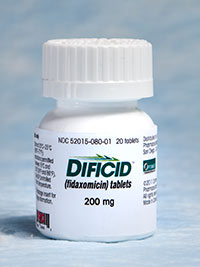 Apologies for not blogging in a while. I have been working and studying for a board exam which has been stressing me out (however not my stomach). What is strange is that while I did a post on c difficile I actually had it and didn’t even know it! The only real changes that have taken place was all the diarrhea I mentioned in my previous post was caused my c difficle. At first I wasn’t too surprised because I didn’t have any pain in my stomach and it felt like I had some type of bug however couldn’t put my finger on it. I took Dificid which was just released in 2011 and seems to have a high cure rate and ran its course on me. Dificid was $115 for 10 days (20 pills). My insurance company actually saved me over $3,000. Of course this is because the FDA allows so few drugs on the market because they require drug companies to spend a decade and hundreds of billions of dollars developing a drug that may or may not get approved. I am all for patients experimenting with drugs that the FDA deems safe and let patients decide if the drugs are effective.

In other news I went to Walgreens to because I thought I was paying a bunch for vitamin D and wanted to get my medicine through Medco because it would be cheaper. At any rate, I asked for my prescription history and actually now have all the medicines I took since I had Crohn’s in 2011. It would be interesting to gather all the prescriptions of Crohn’s patients to see if there are any similarities.

Lately I have also been wondering about diet and Crohn’s. I went to the doctor today to get some blood work (for vitamin D and a booster shot) and was up to 156 which is high for me. Last week I was in training course for 8 hours a day and was eating well at a local diner with grilled cheese, brownie sundae, and an cheddar omelet. Also I haven’t been working out because I have been so busy studying and working. Look forward to working out more.

Humira still seems to be working! I forgot it has now been over 8 months since I started that drug and it has continued to make me well. Every day I seem to worry about the future. I personally would like to see more creative destruction in the Crohn’s research field. A no brainer is to collect data on willing patients with GI Monitor and see if that tells any patterns.  I also have no idea why the FDA bans naltrexone which could be another tool for doctors to use. Fecal transplants I believe could be a game changer for ulcerative colitis. As I mentioned in this post it seemed to put people in remission for over a decade which I would deem a cure. People that suffer with Crohn’s have to take one day at a time wondering what the next day, week, month, even years will be like. We should get people not from just medicine but from engineering, business, and other fields to see if we can improve what we know about Crohn’s in order to take away the pain.
Posted by Crohn's Zone at 11:33 PM No comments: