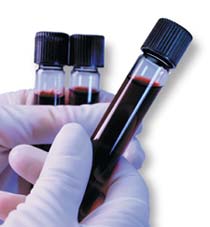 One news story that caught my eye was the development of a possible test for Crohns. The test lets doctors look at certain pathogens that can cause Crohn’s disease. The test works by taking blood from a Crohn’s patient and looking at microbes that often can’t be detected. One major advantage to this new test is that instead of waiting weeks or even months to treat a patient doctors can perform the test within hours. The test was created by Dr. Saleh Naser at University of Central Florida. Diagnosing Crohn’s is somewhat difficult. I remember when I was in the hospital I had stool tests done for the first couple of days, and blood tests just about every day. A resident believed I had celiac disease, however due to the fact that there isn’t a Crohn’s test it is hard to diagnose. Even a colonoscopy is 70% effective in diagnosing the Crohn’s.
One prevailing theory is that Crohn’s is created by bacteria called mycobacterium pratuberculosis (MAP).  It is estimated that around 40%-50% of Crohn’s patients have MAP in their bodies. A company called RedHill Biopharma is licensing Dr. Naser’s technology in order to develop a drug called RHB-104 to treat Crohn’s patients who have MAP in their bodies. However, one downside is that RHB-104 and the MAP test won’t be available until possible 2016. One way to treat MAP is by giving patients a combination of rifabutin, clarithromycin, and clofazimine. A trial of this course of treatment was done in 2006 entitled “Two-Year Combination Antibiotic Therapy With Clarithromycin, Rifabutin, and Clofazimine for Crohn’s Disease” concluded that there was no evidence of a sustained benefit over a 2 year period.  The study seemed to show an improved in those taking the cocktail (combination of all three drugs). However, once year two rolled around the benefit between the treatment and placebo (sugar pill) were similar. This may cast doubt on how much the new MAP test will help
Time will tell how effective this new MAP test is. There is no doubt however that there needs to be more innovation in diagnosing Crohn’s. Figuring out the causes of Crohn’s I believe will help solve how to treat it and maybe even one day find a possible cure. Galieo once said “All truths are easy to understand once they are discovered; the point is to discover them”.