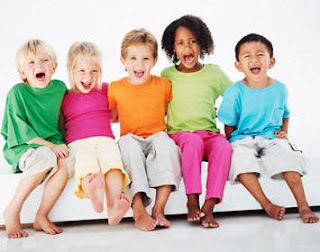 In this recent article it could be possible that antibiotics increase the risk of inflammatory bowel disease (IBD) in kids. According to the article, IBD has doubled over the past 10 years. The study followed more than 1 million children. The kids that were treated with antibiotics were more than five times likely (84% increase) to get IBD then those who never got the antibiotics. What is interesting is that when kids were given antibiotics at older ages they had an increased risk of getting IBD but not as much. The theory of why this may happen may be due to the fact that antibiotics kills both good and bad bacteria.

I am somewhat sympathetic to this argument (although not 100% convinced). Growing up I had what they called isolated asthma and had a history of getting sinus infections (usually in the spring and fall). Usually I was prescribed antibiotics to treat these colds or sinus infections. As I mentioned in my personal story of Crohn’s my history right before Crohn’s. Right before I had Crohn’s I had bronchitis and my doctor over the phone prescribed me some antibiotics (at first I thought the drugs I was given contributed to Crohn’s however I learned later that they actually helped). I wasn’t getting any better and started to have the diarrhea (which was a side effect of the drug I was taking). Never in a million years would I have guessed it was Crohn’s. My gastro doctor diagnosed me with irritable bowel syndrome (IBS) in February of the same year. My internist believes that it may have sped up getting Crohn’s. I personally believe me working out vigorously, not probably eating the best, and taking antibiotics for years had something to do with getting Crohn’s. Throw in maybe some genes (nearly all my family suffers from some type of autoimmune disease) and we have a recipe for Crohn’s. My goal is to one day know what caused my Crohn’s.
Posted by Crohn's Zone at 9:01 PM

Email ThisBlogThis!Share to TwitterShare to FacebookShare to Pinterest
Labels: research