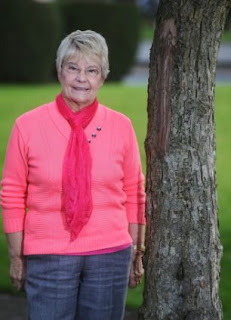 I recently came across this story which talks about a woman named Marlene Barnes who is a 72 year old woman who has Crohn’s disease and has had it for 48 years. She got it when she was only 14 and had to get part of her colon removed.

This story gets interesting as Barnes cutting bark off trees, letting it dry, and grounding it up in her home.  I have a few issues with this story. First, her doctor claims she has “no evidence of the active disease”. This could just simply mean that her Crohn’s is in remission and is not active. What I would want a GI to do is to examine her colonoscopy compared to someone who doesn’t have Crohn’s and see how different they are. Second, this is only one person who has one body that is different from everybody else. I would want to see some large scale trials done to see the safety of this and whether or not it is effective. I do hope tree bark does help those with Crohn’s however until the data arrives I will be otherwise unconvinced.

This leads me to a larger point of people believing everything they here. As the commercial says “Where did you hear that? The Internet”. We can’t believe everything we see, hear, until there is some hard evidence to back it up and more than one trial to prove it was not just a fluke or luck. I hope the CCFA will look into this and possibly look at doing trails. Marlene Barnes could be sitting on a gold mine if this really works. I know I would be barking away if it was shown to be both effective and safe!
Posted by Crohn's Zone at 7:53 PM