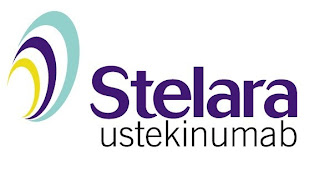 I was thrilled to see that STELARA (ustekinumab) seems to help Crohn’s patients in this study just published by the New England Journal of Medicine. The drug was approved for psoriasis in 2009 (interesting how so many autoimmune drugs work for so many various things! STELARA in the trial was used after one TNF drug failed (Remicade, Humira, Cizmia). The results showed that 40% of patients saw a decrease in their CDAI (Crohn’s Disease Activity Index). The drug was given every 2 months via I.V. STELARA works by targeting interleukin-12 and interleukin 13 which plays a role in Crohn’s disease. The trial was pretty large with 526 patients (which means it also was very expensive to run the trial). Around 40% of patients had a clinical response by the end of 6 weeks which was greater than the 24% with the placebo). On a side note it seems risky to be injecting a placebo into patients with Crohn’s.  In addition to this 31% of patients who took usterkinumab were in remission didn’t need steroids.

Although the drug is not approved yet I personally would take it seeing its benefits and a trial from last year showed that it has benefits for Crohn’s patients. I hope the FDA will approve STELARA for Crohn’s patients seeing how it is effective and seems safe (no adverse side effects). Approval for this drug would also create more competition for treatments which would bring the costs of TNF drugs down which benefits consumers.
Posted by Crohn's Zone at 5:41 PM