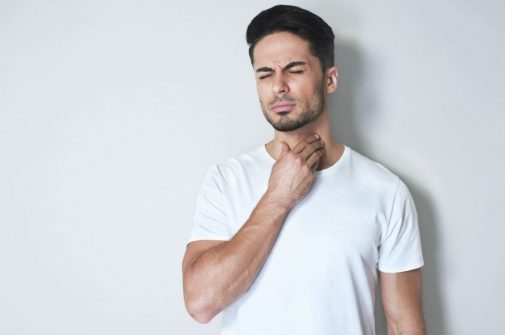 I haven't posted in a while since I have been feeling pretty well. Overall, my Crohn's has been in really good shape. I was even able to travel to London to visit my sister during the last week of May. While in London however the place my family stayed at didn't have any air conditioning so the windows had to be opened every night. Most of my life I really never had allergies. However, when I was younger I had an isolated incident of asthma but rarely took allergy pills. Well while in London leaving the windows open every night and letting in all the pollen and other interesting things in the air led me to have to take Claritin of the week long trip.

My throat felt sore but I didn't have any other symptoms (not stuffed up, coughing, or anything else). When I got back to my states I saw my internist and she suggested I take an allergy pill and he prescribed an antibiotic just in case. He told me to take the allergy pills for a couple of days and if I still wasn't feeling well to take the antibiotic. To be proactive I started the probiotic a few days before I started the antibiotic just to be safe. Within a day of taking the antibiotic the tickle I had in my throat went away and I was back to feeling normal. I took the antibiotic as prescribed 2 times a day for 10 days and really didn't have any stomach issues. Some days I did feel just a tiny bit nauseated but didn't have any diarrhea or any loose bowel movements.

So last night I stayed up somewhat late (until about 1:30 A.M.) but as I was going to bed I felt some pain in my stomach. Sometimes there is a feeling of all this garbage in your stomach and it just has to get out. Well the garbage got out over the next hour or too. I did feel relieved after it was all done and just sat and laid on my bed looking at my iPad until I feel asleep. I woke up early and was a little tired but able to work out today (but not as much energy as I usually have). I plan to go to bed early tonight and maybe even sleep in tomorrow.

The only other compliant is I have seem to have gained some weight (I wasn't complaining when I was in the act of doing this). I weighed myself before today and came in around 165 lbs. For me I would feel comfortable being around 160 or so. The past few weeks at work have been super busy and I haven't been able to work out and have been kind of eating whatever. When I had a sore throat I was eating more ice cream in that week than I had ever eaten in many years (even had four scoops of ice cream-mix of chocolate and vanilla).

Overall, things are good for now. The Fourth of July is coming up soon and I will get a day off plus my work schedule will settle down some and hopefully I can get back to the gym more often.
Posted by Crohn's Zone at 7:03 PM No comments: