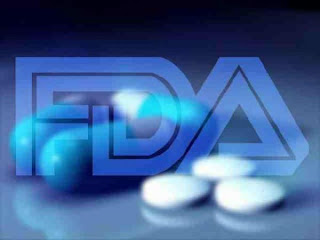 In this most recent WSJ article the drug tofacitbin helped improved symptoms for people who had inflammatory bowel disease. The article is published in the New England Journal of Medicine which can be found here.  The doses ranged from .5 mg to 15 mg and were taken for 2 months with a 194 patient population.  The largest response was seen in patients who took the largest dosage (15 mg). In the group that took 15 mg 78% of patients saw a response (response was also statistically significant) and was much higher than the placebo rate.  The only side effect was an increase in both good and bad cholesterol (LDL and HDL). However, I would imagine this could be controlled with exercise, eating right, and perhaps a statin (Crestor or Lipitor).

The drug is being studied to be used in patients with ulcerative colitis however patients with ulcerative colitis take similar drugs to Crohn’s patients. Pfizer (company that makes tofacitibin) is still waiting for the drug to be approved for rheumatoid arthritis and the FDA was suppose to make a decision by August 21 however pushed that back three months to November as seen here.  What is interesting is that tofacitinib would be the first drug approved for rheumatoid arthritis in over a decade. What is even more interesting is that tofacitinib has one of the largest clinical databases for any rheumatoid arthritis drug ever submitted with over 5,000 patients taking it in 44 different countries yet the FDA still needs more time to analyze the drug.
What is encouraging however is that in May a panel of FDA advisors in an 8-2 decision should be approved (FDA doesn’t have to follow panel advice but usually does).  I wonder what would happen if you had a panel of 10 family members of people who either suffered from both rheumatoid arthritis and ulcerative colitis. I would be willing to bet the rent money that that decision would be 10-0 to approve. The FDA panel has no personal experience with these illnesses nor do they see the daily pain that people suffer as the result of these diseases. While I agree the FDA should be in charge of safety of drugs they should in no way shape or form be in charge of how effective the drugs are. By pushing back the possible approval date patients will suffer and be harmed in the process which hardly anyone ever talks about. Also tofacitnib seems much safer than Remicade, Humira, or other drugs. The FDA acts like a cartel deciding what drugs go on and off the market. As a Crohn’s patient I want as many options as possible. Let me as a Crohn’s patient decide what I ingest into my body. After all I do care more about my body than any bureaucrat!
Posted by Crohn's Zone at 12:56 PM

Email ThisBlogThis!Share to TwitterShare to FacebookShare to Pinterest
Labels: FDA, other uses, research