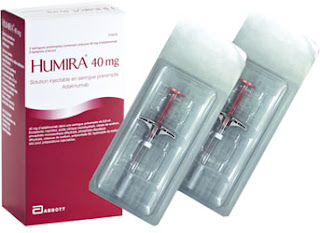 Ever since the Humira shots I have been feeling pretty well. Before I took Humira I was a little scared of the injections and the pain people reported. I also remember seeing a YouTube video of a guy that was on Humira and reported how he didn't feel any pain. At first I was skeptical thinking "ya right this guy is joking". Only after a week or so I began to feel better on Humira and I really have not had any pain since. Before Humira I couldn't lay on my stomach cause I was in pain. Now that pain is gone and I can sleep better because of it. I am also skeptical of how diet impacts Crohn's since being on Humira I have let's just say eating things that a nutritionist would call X-rated (donuts, cookies, cake) although I have been eating more salads on a daily basis which may be helping who knows. The only odd thing is that I have had an odd feeling in as Forrest Gump would say "buttox" area. It feels like an itch or pain but I really can't put my finger on it. If it persists I will go to my gastro doctor and ask but it kinda comes and goes and hasn't been that bad. As I mentioned in a previous post I ended up in the hospital (not related to Crohn's) because of a pill I was taking. Right now I am having less than one bowel movement per day and felt like I did pre-Crohn's.

If you read some of the things people write about Humira you would think Humira is horrible and can cause all these side effects, and wonder why anyone in their right mind ever take this drug. People on forums represent a small percentage of what actually goes in in the real world! Even though I have my doubts about the FDA as they hold back medicine that can be beneficial in the name of preserving safety I really don't believe their would be a drug on the market if it was as deadly as people claim. In fact the FDA my be making drugs too safe! Yes, Humira does have side effects and can lead to infections, illness, and even cancer. Again this is a very small percentage of people and the underlying risk and torture of Crohn's also has to be considered. I am thankful that those self-interested greedy capitalists at Abbott Labs (maker of Humira) were self interested enough to make a drug that helps people like me on a daily basis.
Posted by Crohn's Zone at 8:15 PM