Crohn's and Pollution: A Link? 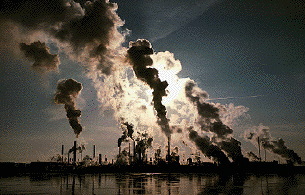 I came across this news story that I found interesting. Apparently, Dr. Josh Korzenik of Harvard Medical School seems to have an interesting view of what may be causing Crohn’s. Northport, Washington is a city of 296 people yet has an inflammatory bowel disease rate that is 10 to 15 times normal rates. The city is located downstream from a smelter in Trial British, Columbia.  Apparently, people could smell the population when they were growing up. This is really interesting considering I have read about always read about environmental factors that could affect whether or not people have Crohn’s but never though it could be tied to pollution. I am somewhat skeptical because of this study that looked at air pollution and inflammatory bowel disease and showed that air pollution was not related to inflammatory bowel disease however exposure to nitrogen dioxide and sulfur dioxide did increase the early-onset of inflammatory bowel disease. There is always the possibly that some other factor is causing inflammatory bowel disease especially in a population that is only 296. Also I would be curious to examine what these people eat. Canada which isn’t too far north of this city has one of the highest rates for Crohn’s in the world yet no one yet has been able to figure out why.  However, these people of Northport, Washington should be examined closely to see what clues might emerge that can help us solve the Crohn’s puzzle.
Posted by Crohn's Zone at 7:23 PM