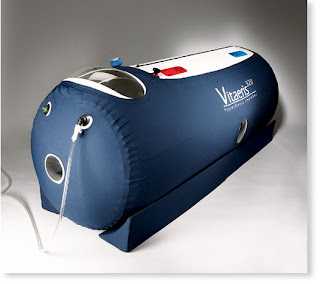 Stumbling across some interesting research I discovered some work had been done on hyperbaric oxygen chambers and Crohn’s patients. This study looked at Crohn’s patients with perianal disease and said it may have a good clinical effect. Also interesting is that the TNF levels decreased. Since extra TNF is what is believed to cause inflammation. In this study that also looked at perianal Crohn’s disease with 75% of patients being healed and all the patients who got hyperbaric oxygen. Recently, there was this review done of all the studies related to hyperbaric oxygen for inflammatory bowel disease and “HBOT lowered markers of inflammation and oxidative stress and ameliorated IBD in both human and animal studies. One really neat study is what I call the Dead Sea Study which had 6 people go to the Dead Sea in Israel (lowest point where oxygen pressure is decreased and 50% of the patients had a great improvement. 33% (2/6) of patients were able to stop high dose corticosteroids.

Altitude actually may play a role in Crohn’s. This gets even more interesting because at this year’s Digestive Disease Week in San Diego a study looked at showed that patients who made trips to areas above 6,500 feet had more flare ups. These results were not peer reviewed and have not been published yet but seem somewhat interesting.
Posted by Crohn's Zone at 10:49 PM