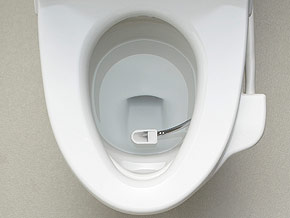 One invention that I believe would be very useful for people with inflammatory bowel disease and Crohn’s is a smart toilet that can do a stool analysis. In general stool analysis could be used to examine whether or not someone was having diarrhea and see if there is any blood in the stool. Sometimes there could be blood inside the stool that is hard to see with the naked eye. Also a stool analysis can look at white blood cells, screen for colon cancer, and check absorption of nutrients. A stool analysis can also be used to look at the liver and pancreas which is a good health benefit. Combining this with a urine analysis test all within a toilet could be very valuable for not only people with inflammatory bowel disease but the general population.

When I was in the hospital I remember tests were done very often (blood was in the early morning) and urine tests throughout the day with a few stool tests. However, if a toilet within my room was able to be used to analyze my urine and stool and that information could be directly sent to the nurse and doctor but it would make the process much more efficient and maybe even cheaper. In essence if smart toilets were installed they would be more valuable then tests because every time a patient went to the bathroom information would be generated that would monitor how they were doing as opposed to asking for a test randomly. So much medical data is literally being flushed down toilets!

An idea would be for CCFA to partner with a maker of a smart toilet manufacturer to work with patients with inflammatory disease in a pilot study having the patients step up a smart toilet and having that information sent to their gastroenterologist. Patients would be monitored for a year to see how they are doing. Personally I have been managing my own symptoms with the GI Monitor App which is pretty neat. I have a feeling the more information will provide doctors a better idea of how the patient is really doing then even how they say they are doing. Even as patients it is hard to precisely pinpoint how we are doing. With this type of technology not only doctors but patients can be armed with knowledge and as we know knowledge is power.
Posted by Crohn's Zone at 8:14 PM