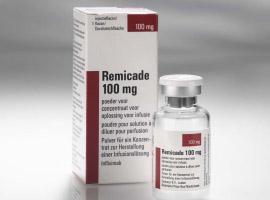 Clinical evidence from this article that came from the 2012 Digestive Disease Week suggests that after patients were taken off Remicade. In the study CRP and faecal calprotectin calprotectin where used to predict whether or not a patient would get a flare up. Fecal calprotectin and CRP can be measured through a stool sample which is very easy to do.

Patients with high CRP and calprotecin levels were significantly higher in patients that relapsed. For example the patients that did not relapse had a CRP of 2.9 mg/L while the patients who relapsed had a CRP of 4.9 mg/L with a statistically significant P value meaning the results were not due to chance along). The fecal calprotectin was also vastly different. For people that didn’t relapse it was 58 mcg/g and 302 mcg/g for those that relapsed.

C-reactive protein is a measure of how much inflammation is in the body. People with colon cancer had a CRP of 2.69 mg/L which is actually lower than patients with Crohn’s. However, the average for people who don’t have colon cancer is only 1.97 mg/L which to me doesn’t suggest much of a difference. What is interesting however is patients with high CFP levels may benefit from statins (Lipitor). Perhaps Crohn’s patients should be in a trial should be run to see if Lipitor or other statins could help Crohn’s patients. Of course in science we always run the risk when looking at results of assuming cause and effect. Perhaps the patients that released in the study had some other factor that contributed to relapse.  If people with inflammatory bowel disease had a toilet like I mentioned in this post that could measure CRP and faecal calprotein in order to alter gastroenterologists quickly and perhaps leads to additional studies on patterns of when patients may get flare-ups.
Posted by Crohn's Zone at 8:28 PM