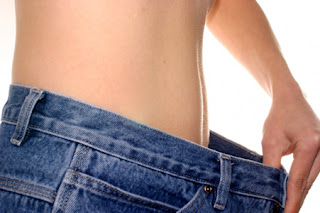 I haven’t blogged in a while been busy with work and studying for an exam in my industry. I am still doing well on the Humira. I actually have lost a couple of pounds (I did voluntarily because I felt I was getting big). These days I weigh around 156 lbs (no clothes).  I blogged on August 16, 2012 of my weight gain here and forget I was 162 a little over a month ago. My work clothes and regular clothes seem to fit better and I wear a size 34 waist even though I have been 32 nearly my whole life (when I came back from the hospital last November my mother had to purchase new pants because I was down to 127 pounds.  For the past couple year before Crohn’s I was 145-155 lbs and never really got out of this range.

I noticed though that my bowel movements went from over 1 to .6 movements per day. I wonder if eating less has anything to do with it. In general I have been avoiding dessert at night and eating salads and healthy things for lunch. Usually my family goes out to eat on Saturday night and we have Mexican food on Sunday (so I do gain some weight back). As time goes on I am becoming less convinced that Crohn’s has to do with diet. Of course some foods can aggravate people who have Crohn’s. However, until this point I haven’t really found anything in particular. The only thing I do notice is sometimes when I eat something very rich and chocolate it gives me a little pain (although I think I had this same pain pre-Crohn’s). Speaking of pre-Crohn’s I honestly feel like I did before Crohn’s which makes Humira a wonder drug indeed.

My twin sister came back from the doctor this week and she may have hypothyroidism (autoimmune disease). Our doctor noted it was interesting that almost my whole family has an autoimmune disease (except for my mother). My father has hypothyroidism and as you know I have Crohn's. My father said he took penicillin for years which caused him to become allergic to it and now can't take any medication that is penicillin based. My twin sister also has acid re-flux which everyone else in my family seems to have except for me (I don't drink wine or soda though). In a strange way I think some of these things are connected however I just don't know what or exactly how they are connected yet.
Posted by Crohn's Zone at 7:03 PM