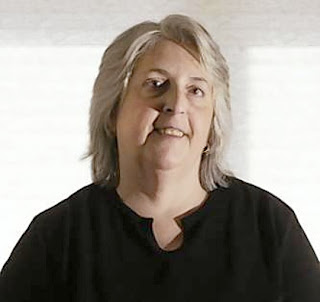 I saw this recent article  about Jennifer Jaff who had Crohn’s since she was 19 and recently passed away at the age of 55. This would say Jennifer had Crohn’s for around 36 years.  In just a 12 year time period Jennifer had 8 surgeries and gained 120 pounds on steroids. In addition to all this at one point in time her kidneys began to shut down. What is really scary is I read this recent New York Times article that talks about how kidneys and other organs are being completely discarded.  I would rather compensate people for their kidneys in order to get more and better kidneys however that is a whole different issue.

Jennifer was a lawyer (trial lawyer in the 1990’s) who earned her law degree at Georgetown. In my experience Crohn’s patients typically seem to be well educated but I would need more data to prove that. Jennifer fought for patients rights and didn’t want insurance companies to discriminate against people with chronic conditions. I disagree with this however since I believe insurance companies should charge prices that reflect their risk. People with more health care problems will cost more than people with fewer health problems no question. On a side note I find most Crohn’s patients to be liberal although I am a libertarian (even before I had Crohn’s) because I believe the government should not tell me what prescription drugs I can or can’t take. Just think how much better off if marijuana could be studied for Crohn's patients. I am all for taking something if it will improve my health. We live in a time where we have more medical knowledge than ever yet the FDA still finds ways to make the process of creating a drug not only burdensome but in some ways make drugs that are too safe. A few major problems with healthcare are consumers are not able to go across states to purchase healthcare, the FDA decides what drugs can or can’t be used, and the American Medial Association (AMA) determines who or can’t practice medicine. If people were allowed to buy insurance across state lines, if the FDA only checked the safety of the drug and not the effectiveness of a drug, and if the AMA was abolished we would have more doctors which would all decrease the cost of medical care.

I was curious about life expectancies and Crohn’s. According to this meta-analysis (combined studies) life expectancy for men with Crohn’s was 77.3 for men and 79.0 years for women. However, if patients were diagnosed before 20 then the life expectancy was reduced to 64. What is really interesting is that the life expectancy of regular people is 71 for males and 77 for females. We shouldn't jump up and down and say wow Crohn’s makes us life longer (or should we?)  I was diagnosed when I was 25.33 years old.  I personally believe Crohn’s may lead to lower life expectancy considering your body is in a state of inflammation but with new technologies like pig worms, Naltrexone, and SSI as possible future treatments for Crohn’s the future does look a little brighter. Perhaps once genome technology becomes cheaper we could see if certain genes led patients to more surgeries, flare-ups, or complications.
Posted by Crohn's Zone at 7:52 PM