Marijuana 45% Remission in Crohn's Disease and 90% Clinical Response Rate: Why is Marijuana Illegal? 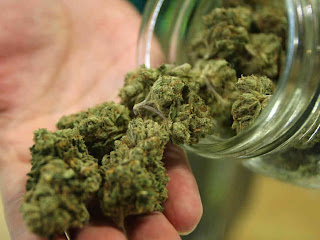 A recent study came out showing that cannabis (marijuana) may help relieve symptoms in people with Crohn’s disease. A complete remission was achieved in 45% of patients while a clinical response was seen in 90% of patients. These numbers would put marijuana on par with Humira or other biologics, however without the possible side effects and for a small fraction of the cost.

This isn’t the first time there has been this same finding. In 2011 this study was done that 70% of patients using cannabis had a positive effect and possibly may reduce the need for surgery. Nearly 87% of the patients were male. I am curious to know if cannabis would have a different effect in women as opposed to men. Patients with Crohn’s disease often need surgery. However, after they have surgery the risk of having surgery decreases (depending on how severe their Crohn’s is). What is interesting is both of these studies were done in Israel. One problem is that in the United States cannabis is illegal under federal law even though certain states have legalize it. Federal law is superior to state law and at any time people could get thrown in jail for using cannabis.

What is interesting is that 48% of Crohn’s patients have used cannabis during their lifetime according to this study which is only a little higher than the 42% of people in the United States that have used it during their life time.

Marijuana may not only reduce symptoms in Crohn’s but also multiple sclerosis, chronic pain, rheumatoid arthritis, and other awful disease. The website NORML has a great review of the scientific literature here (and they say potheads are not organized).

The United States should let people with medical issues be able to consume cannabis. Some people claim that smoking cannabis will increase lung cancer. However in one of the largest studies ever done (they looked at people over a 25 year period and couldn’t find any significant increase in risk of lung cancer). Interesting that cannabis may cut the growth of lung cancer.

What is interesting is that according to a Pew Research poll about 52% of people find that marijuana should be made legal. In 1980, only 24% of people believe it should be legalized which increased to 32% by 2002. Over time I believe this will increase. For people suffering from a chronic illness such as Crohn’s disease, multiple sclerosis, and other awful disease marijuana may help manage these symptoms.  I would be okay with the government legalizing marijuana for medical use which would be much safer than individuals having to go to drug dealers (in states where it is not legal). I personally would not use marijuana until it was okay to do so under federal law. However, if things got really bad I would be open to the possibility. We have to remember that more people die from smoking, drinking, and even eating. Virtually no one dies from using cannabis. What is even worse is that since marijuana is illegal in the United States scientist and researchers can’t study it (why research is done in Israel). The federal government needs to stop harming people and let people use cannabis for medical reasons.  For the people that don’t want people using cannabis I would ask them one question. Have you ever lived with or known someone with a chronic disease?