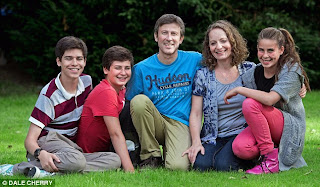 I saw this pretty cool story about Michael Seres who got a transplant for his bowel. Michael who is 42 years old for the past three years had to have feeding tubes in order to eat like a regular person. Michael has had Crohn’s since 1982 and already had 20 surgeries (poor guy!). His bowel went from 197 inches to 27 inches. The procedure Michael had is still risky (only 10 are done a year). Rejection of the tissue transplanted to the new bowel is a concern. Michael had to stay in the hospital for three months because his immune system was so weak. These days he is back to eating regular meals.

Hopefully, the procedure Michael had will be studied more to where it can be safe and effective and present as another option for people with Crohn’s. No question the procedure will get safer and better the more times it is done.
Posted by Crohn's Zone at 8:24 PM