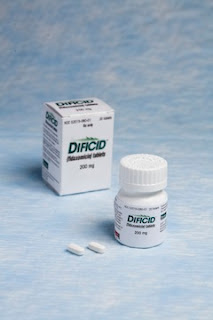 I apologize for not writing in a while. It looks like my c difficile is back. For months I have been studying for a board exam (Crohn’s/c.diff/IBS has seem to get in the way). After taking Dificid which seemed to work wonders I still believe I have c difficile even though a fecal test showed it was negative (when I did the fecal test the first time I got c difficile it came out negative however when it was redone it came out positive). What makes me believe I still have c difficile is the fact that I have the same symptoms as before (no abdominal pain, diarrhea, and having to go a bunch).  In other health news I also went to the allergist because I was coughing some and my voice sounded really horse (no sore throat or other symptoms though). Actually I think I cured this by sleeping more (I have been having bowel movements in the middle of the night 4 A.M. and such).

I talked to my doctor on Friday March 03, 2013 and he recommended doing another round of Dificid (which can cost $3,000 without insurance however with my insurance it was a little over $100 for a 10 day course). If the c difficile returns I may look for a second opinion to see what is really going on. Personally I don’t believe what I have is a Crohn’s flare up.  When I thing of a Crohn’s flare up I remember the nights I felt and did actually vomit hanging over the toilet, laying in bed at night with sharp stomach pain, and really not feeling good overall. What I have right now is nothing compared to that. My parents keep asking what causes c difficle. Personally I think it was an antibiotic I took over Christmas break when I thought I was getting sick but I think I was just exhausted (I have been having diarrhea since January 6, 2013). On Sunday night (March 3, 2013) at around 10 PM I my first bowel movement was actually solid! Hopefully this continues and I can get on with my life.

As of Monday March 4, 2013 I am still having diarrhea. I don’t know if it takes the Dificid to longer to work but I will be sure to keep you informed. On the bright side I don’t have any pain in my stomach just loose stools that seem airy.
Posted by Crohn's Zone at 12:36 AM