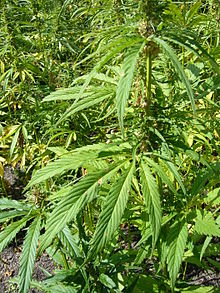 I came across an article a while back that looked to see if marijuana was beneficial for people who had Crohn’s. This study was the first study ever to look at cannabis use in Crohn’s patients (why did it take this long to begin with). The study found that 70% (21/30) of patients had a statistically significant (p value <.001) improvement in their condition. Also close to the number of medications required were reduced while using cannabis. Also the average number of surgeries required after using cannabis decreased. I would point out though that prior surgery probably reduces the chance of needing future surgery. The fact that 79% (15/19) of patients had surgery were in this study tells me that these patients had a moderate to severe form of Crohn’s. Another trial is now underway to study the effects of cannabis on inflammatory bowel disease (Crohn’s and Ulcerative Colitis). It looks as if the trial should be completed in June 2012.
There are of course some problems with this study. The study was did not have a placebo control meaning the observers just looked at people who took the drugs and didn’t compare it to anything. Also the some people were initially in the study took cannabis but then dropped out when their condition didn’t improve. These people were not counted in the study. Lastly, 87% (26/30) of the patients were male.
One major problem with future research is the fact that currently the United States makes cannabis illegal (even though I have never consumed an illegal substance). Even before I was diagnosed with Crohn’s I was in favor of legalizing all drugs because of the medical benefits that could result from research. Also many thousands of people die each year because drugs are made illegal not because of the underlying drugs themselves. It is hard to study a substance that is illegal.  To me people are free to choose what they eat, drink, and ingest. Even though I have Crohn’s if cannabis were legalize tomorrow I wouldn’t purchase it until more research was done to see if it was effective and safe. People try to make the argument that cannabis is unsafe however I would ask them just how many people have overdosed on it. I would argue more people die from consuming too many Twinkies, Big Macs, and Cokes then from using cannabis.
Posted by Crohn's Zone at 12:56 AM