In The Bathroom Last Night: Stress, Potassium Chloride, and Desserts 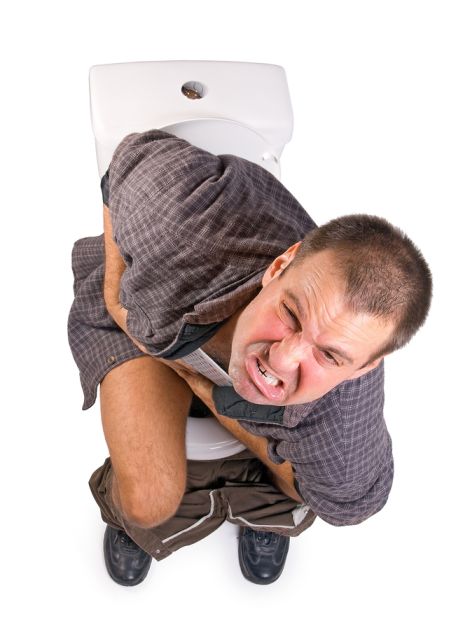 Well last evening (Friday night) or this morning depending on how you want to look at it was quite busy for my bowels. For dinner I had some pasta with garlic cheesy bread which was quite tasty and then around 10:30 P.M. I got a craving for some desserts since: I had been tired from the previous week at work, hadn't had dessert in a while, and had worked out earlier in the evening. Typically I have some dessert places I go to but I went to Buccee's last night for an assortment of different goodies (the best way to describe the place is if you mixed a Wal-Mart supercenter with a convenience store. I checked out some desserts and settled on a mini pecan pie, a chocolate chip cookie, and some walnut fudge. I ate the chocolate chip cookie and the walnut fudge and was in dessert heaven feeling quite a high (yes they were that good). Heading into bed I feel this extreme pressure in my stomach that I knew wasn't good (there wasn't much pain more of cramping). Then a few hours later I was in bathroom having multiple bowel movements. At first they started off solid and about an hour or so later they were pretty loose. In my mind I kept wondering when it would end. Well around 2:00 A.M. my bowels were finally empty and I felt amazing with no pain or cramping and was able to go to sleep.

Now the question is what caused this? Honestly it has been many months since I have had a single episode of diarrhea (which I view as quite a significant accomplishment). If I do ever get diarrhea it typically is the week before I take Humira (which this was). This past week at work has been quite busy and I honestly can't remember having as many meetings as I did as this past week. The last item that I believe may have caused the issue was beginning to take potassium chloride. In my last physical my internist mentioned my potassium levels were low and that I either could eat more potassium foods to increase this. However, I tried that and was more open to fill the prescription. Going to my local pharmacy I got my prescription and noticed the prescription for potassium chloride was cheap (it as a generic of course). One thing I did notice was "not to lie down for 30 minutes" on which honestly I thought was interesting since I honestly can't say I have seen that ever written on a prescription. After starting to take the prescription I noticed cramping (which is a side effect that is reported) for many days. On the flip side I was noticing much more energy and felt quite good. I asked my doctor about this (I also had my ears flushed with water to remove wax-it was an all encompassing day) and he mentioned that the generic drug doesn't have as sophisticated delivery system of a time delay release so the medicine will released over time which reduces the burden on the bowels. When I went to refill my prescription for the second time it appears I again got the generic version (this was frustrating). Next week I plan to call my doctor and ask if they can get the name brand or maybe I have to call my insurance company for this.

Today (Saturday) has been pretty relaxing. I had some minor cramping but nothing compared to last night (early this morning). It was surprising today too since I didn't have any bowel movements. The cramping today has been more in the background which isn't too bad. Also I haven't been too hungry either. At any rate it would be good to get the cramp free version of potassium chloride since it does give me more energy than I usually have which can make a big difference.
Posted by Crohn's Zone at 8:34 PM