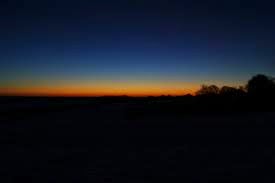 So the past few days have be somewhat odd health wise. Let me start with Saturday. So Saturday night I took my Humira shot and there was more leakage than normal. It is somewhat hard to inject on the stomach (even though I do have some fat). I held the pen in for a while and didn't pull away (the key is pulling it out once the color changes to yellow). Speaking of which I switched insurance companies and my GI has to pre-authorize my Humira so tomorrow I have to get him to call the company that delivers it to refill my prescription. I always get a little sad when I don't get my full Humira injection since I know the Humira is blocking the pain. Anyways most of Saturday I was pretty tired and a little irritated (I usually am this way when I don't get my sleep). Also I worked out over the weekend trying to shed some pounds. Right now I am about 169 pounds (I would prefer to be closer to 165).

Since I was tired Saturday I got some high quality sleep on Saturday night. I went to bed around midnight and woke up around 10 A.M. All I can say after this is wow what a difference! My body felt relaxed and in the zone the whole day and I really felt good.

This bring us to today. So at about 3 A.M. I woke up for no apparent reason and was wide awake. I first tried having a snack and that didn't work. After the snack I tried watching T.V. and that oddly enough did work (even though they tell you  not to watch to TV or look at your iPad before bed). Anyways I watched T.V. for about an hour and then passed out and woke up at around 8 A.M. thinking wow that sleep was way too short. It was odd though because when I woke up I strangely felt I had enough energy to last me throughout the day. While at work today I noticed the urge of having to pass gas and also having many bowel movements. Usually I track how many I have but I haven't done that in a while since I usually only have about 1-2 per day. Well today I would estimate I had about 5 bowel movements. What is interesting though is that they were all solid and seemed to be in shorts spurts. After the end of the day I felt a little light headed (I guess from all the dehydration). I felt I had lost a few pounds in the bathroom but when I weighted myself tonight it was basically no change.

My theory is that the Humira does work when I take it properly. Also sleep seems to play a role in my Crohn's as well. When I get 9+ hours (which is rare) my stomach is great but when I don't get a great rest it feels as if someone is very gently attacking it. If my symptoms continue I may go to my GI. Usually these things (especially if there is no diarrhea) come and go.

In other health news my parents think I need to get my lymp nodes checked out around my neck-I keep playing with them.
Posted by Crohn's Zone at 8:00 PM